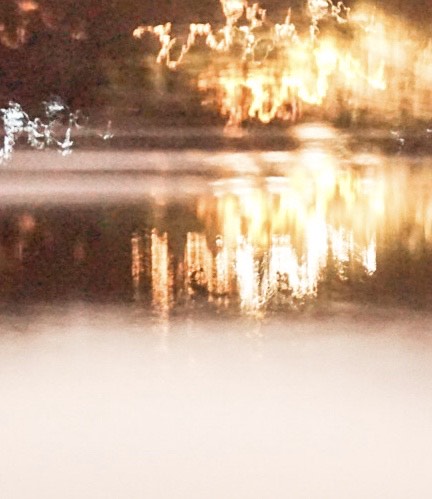 I was with my friend taking some star photos at the end of my dock. It was around 10:15 in the middle of our photo session when my friend alerted me to something moving across the water behind me. We saw something swimming over the surface of the water, trailing behind a giant ripple. We started freaking out and shined a phone light at it and the creature submerged under the water. It created a very loud crashing sound so at this point, I’m scrambling to point my camera at it. The creature re-emerged farther away towards the middle of the lake so I took my picture. The camera took a while to collect the light for the image because it was so dark out but in the end, we managed to get a small image of something poking out of the water. It looks small in the photo but whatever it was, it left giant ripples and was capable of crashing the water. The only thing I could think it could be is a large alligator or something that size or bigger. 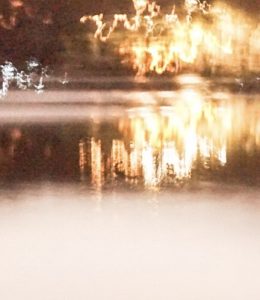